Matrix-free finite element implementations for large applications provide an attractive alternative to standard sparse matrix data formats due to the significantly reduced memory consumption. Here, we show that they are also competitive with respect to the run time in the low order case if combined with suitable stencil scaling techniques. We focus on variable coefficient vector-valued partial differential equations as they arise in many physical applications. The presented method is based on scaling constant reference stencils originating from a linear finite element discretization instead of evaluating the bilinear forms on-the-fly. This method assumes the usage of hierarchical hybrid grids, and it may be applied to vector-valued second-order elliptic partial differential equations directly or as a part of more complicated problems. We provide theoretical and experimental performance estimates showing the advantages of this new approach compared to the traditional on-the-fly integration and stored matrix approaches. In our numerical experiments, we consider two specific mathematical models. Namely, linear elastostatics and incompressible Stokes flow. The final example considers a non-linear shear-thinning generalized Newtonian fluid. For this type of non-linearity, we present an efficient approach to compute a regularized strain rate which is then used to define the node-wise viscosity. Depending on the compute architecture, we could observe maximum speedups of 64% and 122% compared to the on-the-fly integration. The largest considered example involved solving a Stokes problem with 12288 compute cores on the state of the art supercomputer SuperMUC-NG. 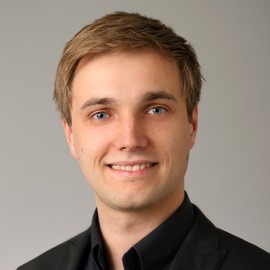